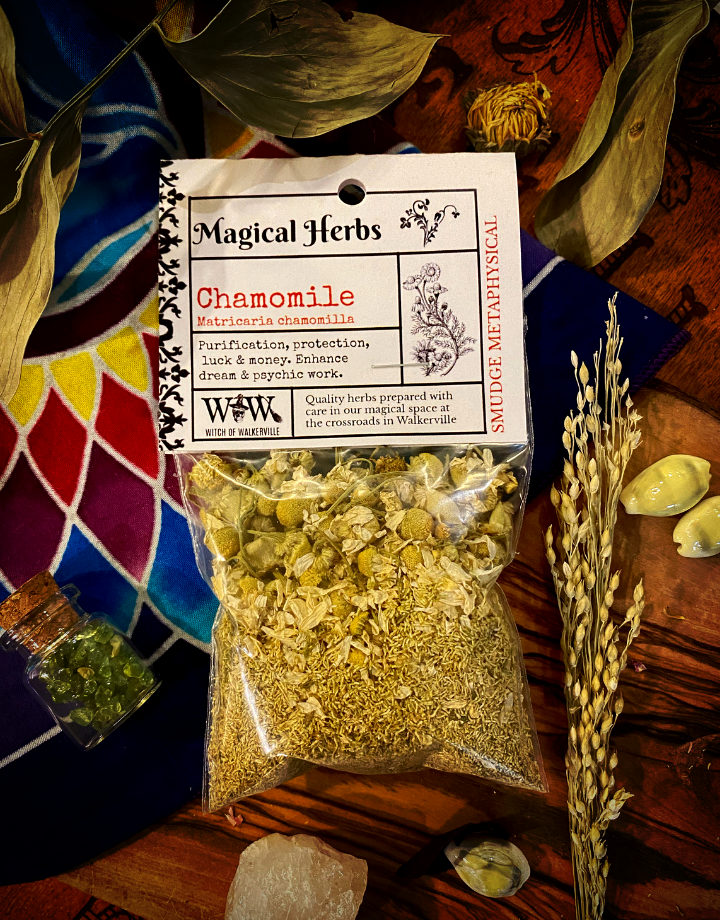 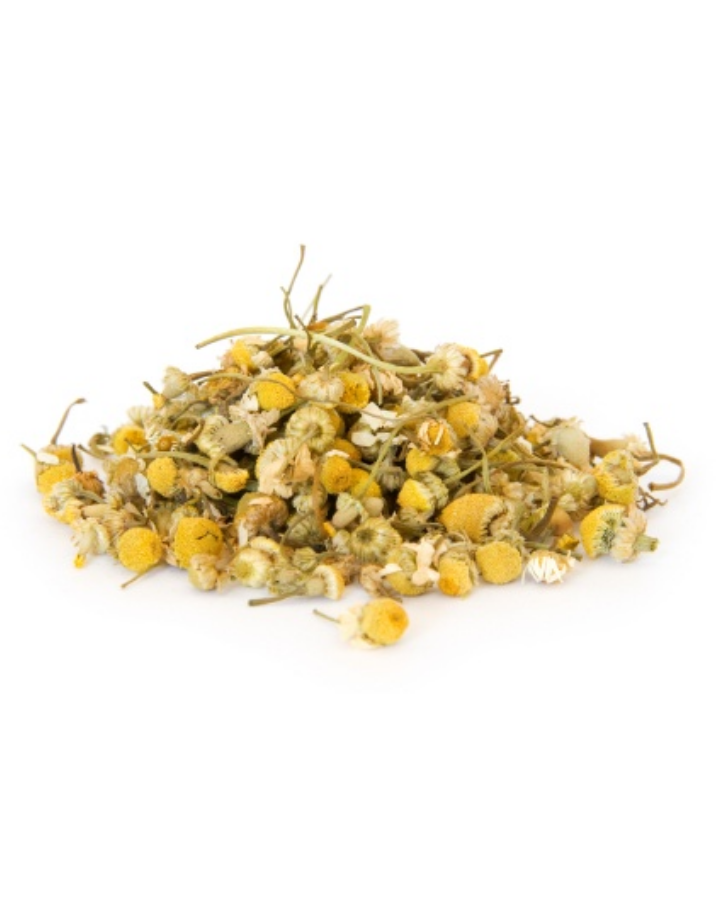 Chamomile is a popular ingredient in a number of magical rituals and spell workings and has been used since ancient times. Use in spells of protection, dream magick, love & money spells.

Chamomile is a popular ingredient in a number of magical rituals and spell workings and has been used since ancient times. Use in spells of protection, dream magick, love & money spells.

In Egypt, chamomile was associated with the gods of the sun and used in in treatment of diseases like malaria, as well as in the mummification process. It is believed that a number of other cultures used chamomile similarly, including the ancient Romans, the Vikings, and the Greeks. Interestingly, the healing properties of chamomile don't apply only to people. If a plant was withering and failing to thrive, planting chamomile nearby could improve the health of the ailing plant.

-A bath with just chamomile and lavender will send you into a deep sleep.

-Burn chamomile as an incense for calming meditation and sleep.

-Use in a bath (with lavender, mugwort, and catnip) for protection, purification, and to induce visions and enhance psychic abilities.

-Use it in the bath / as a face wash to increase self-love.

-Used in spells to call down the sun & charge magical items with the sun’s energy.

-Wash your hands with chamomile infusion to attract luck when gambling or in games of chance.

-Put in a mojo bag in your wallet to attract wealth.

1 package of chamomile flowers. May have settled in package.

All herbs, flowers & curios are packaged with care at Smudge Metaphysical.