Palo Santo oil smells incredible, and has both spiritual, mental and physical benefits and properties. It has a calming, soothing aroma. It contains the constituent d-limonene, which is very therapeutic to the emotions. My Palo Santo oil contains organic

Palo Santo oil smells incredible, and has both spiritual, mental and physical benefits and properties. It has a calming, soothing aroma. It contains the constituent d-limonene, which is very therapeutic to the emotions. My Palo Santo oil contains organic essential oil, palo santo wood and I dilute it a bit with almond oil so it won't irritate your skin if you use it right out of the bottle.

Palo Santo oil helps to balance the root chakra, helping us to feel grounded and secure. It also supports the third eye and crown chakras, increasing spirituality and vision.  Add a few drops of this oil to a bath  for a stress relieving, cleansing experience. Apply to your temples and wrists before meditation to clear your mind and ground and protect yourself.

When you add a few drops to your diffuser, the oil is said to remove impurities from the air.  Apply it to your body, it's both cleansing, protecting and grounding.  You can also use palo santo oil to cleanse negative energy from gems and crystals.

Shamans and healers, often known as Curanderos, traditionally used the energizing and healing properties of palo santo to purify air, dispel evil spirits, and cleanse negative energy. The wood has also long been used therapeutically to soothe cold and flu symptoms, depression, emotional pain, and other ailments. It's said that the uplifting aroma of palo santo is conducive to meditation and relaxation and that it both enhances creativity and brings good fortune.

Palo santo is a sacred tree native to South America. Indigenous Latin American cultures have used its wood in traditional healing and spiritual ceremonies for centuries. A cousin of both frankincense and myrrh, palo santo literally means "holy wood," and it's a fitting name given its past. This aromatic wood releases lemon, mint, and pine notes—an invigorating, grounding fragrance that is believed to have a number of benefits.

Palo santo is steam distilled from dead trees and fallen branches. After the tree dies, the wood matures, developing a unique chemistry. Interestingly, the same chemistry does not occur when branches or trees are cut. So it is said that the essential oil carries the essence of this sacred tree, lending to its potency.  These benefits are only found when a palo santo tree dies naturally and is allowed to decompose for five to eight years. That gives the oils in the wood enough time to fully mature before it is harvested and processed into sticks or essential oils.

*Well-intentioned but ill-informed memes warn that palo santo is teetering on extinction. That's not entirely true. The International Union for Conservation of Nature (ICUCN) ranks the conservation status of palo santo, scientifically known as bursera graveoleon, as "of least concern." But another South American tree species, bulnesia sarmientoi, is also known as palo santo, and that one is threatened. 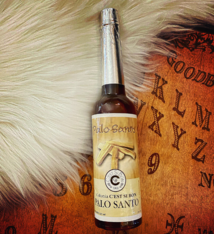 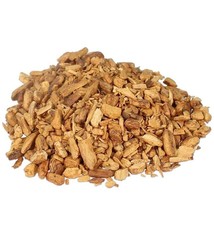 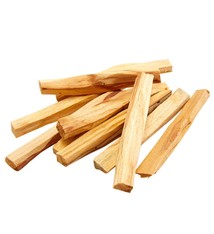 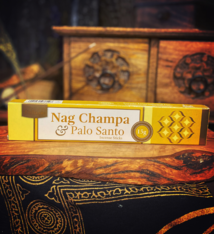 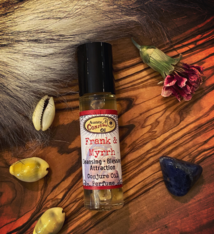 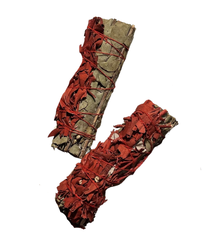 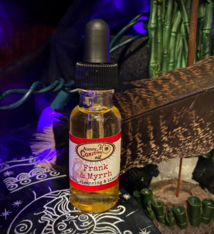