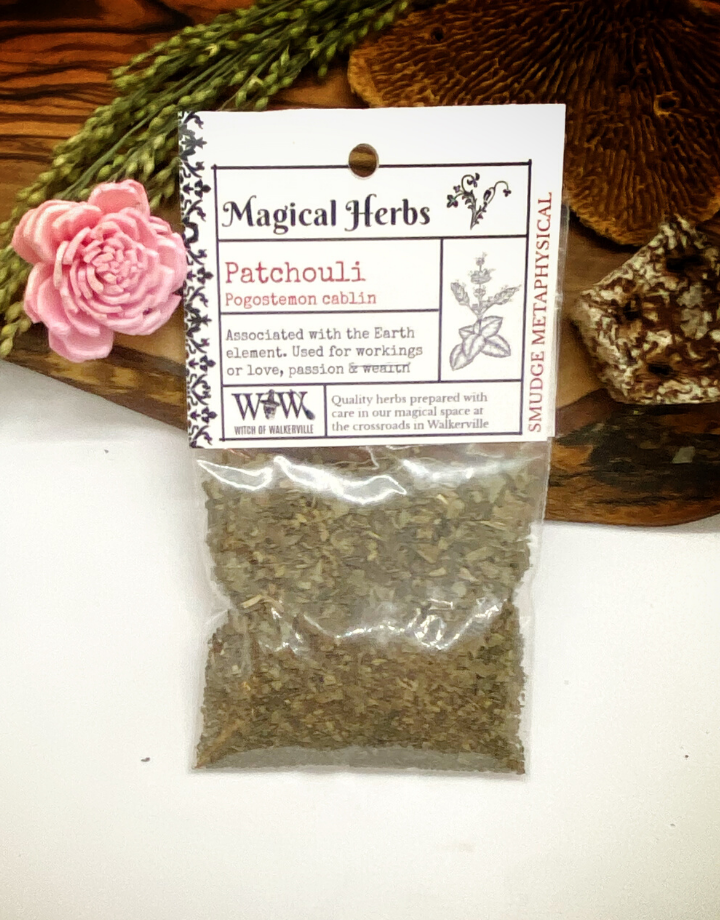 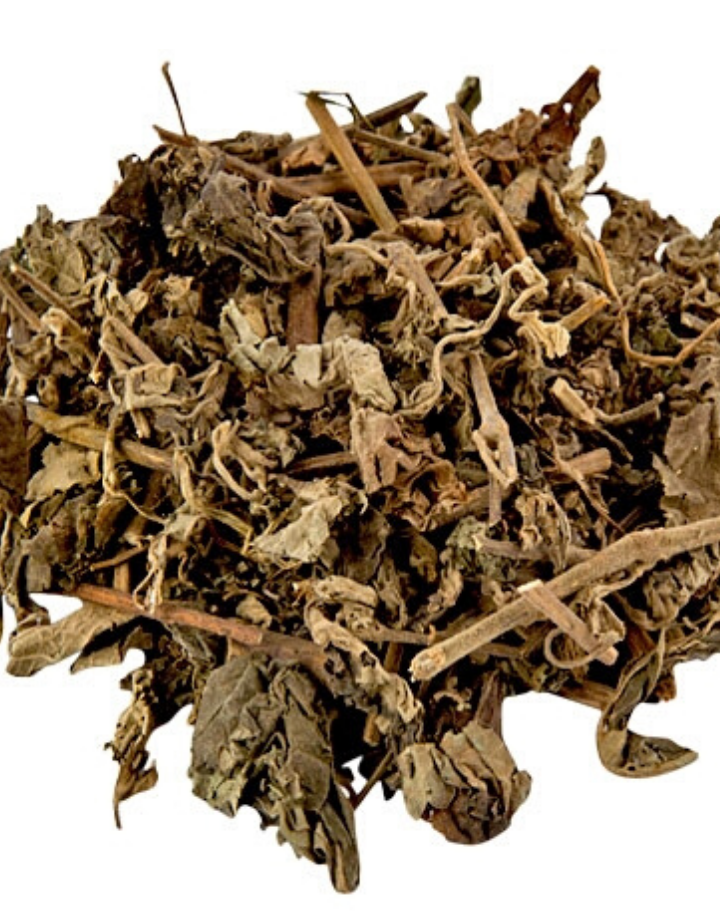 Associated with the Earth element. Used for working or love, passion and wealth. Patchouli is a well known aphrodisiac and is often incorporated into money, lust and love spells.

A member of the mint family and associated with the earth element. Patchouli is a well known aphrodisiac and is often incorporated into money, lust and love spells. Associated with love, wealth and passion, patchouli can be used in a variety of magical workings.

In fertility spells, patchouli is often added to bathwater during a ritual bath.  Patchouli smells like the soil and earth, and is associated with money and prosperity rituals and spells. T

he oil can be sprinkled onto money, added to purses and wallets, and placed around the base of green candles. Patchouli is also used in fertility spells and rituals. It is commonly added to love sachets and baths, used to attract people and to promote lust.

The oil and herb is used to draw money and success. Also used in spells for spiritual growth. 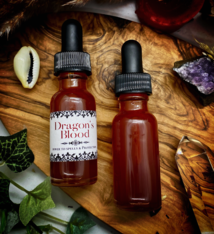 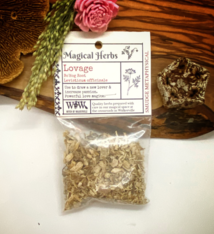 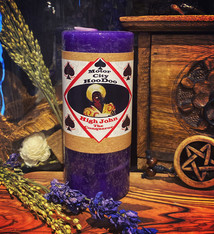