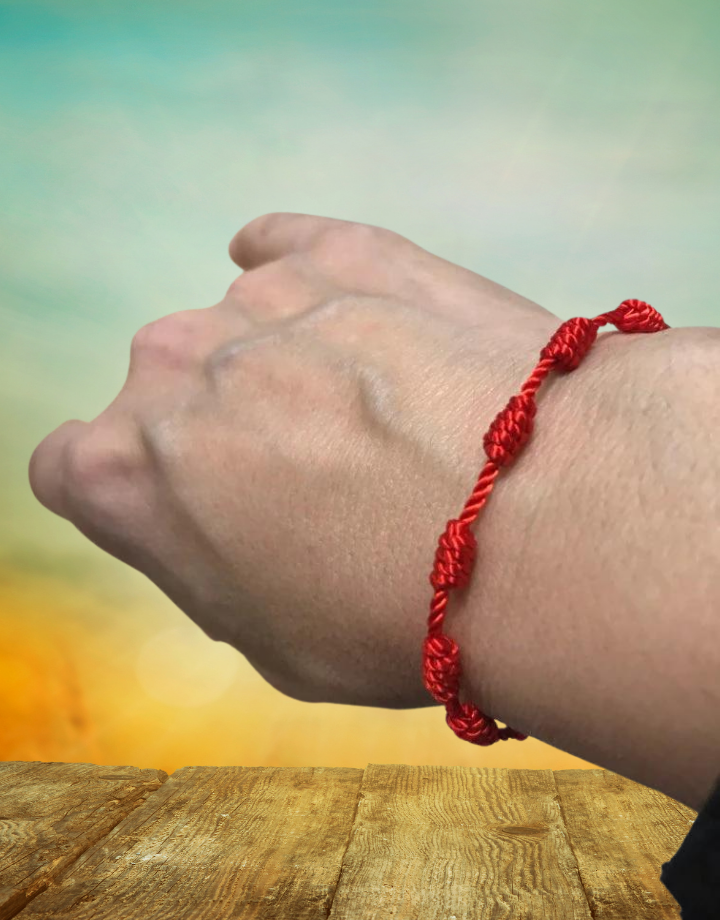 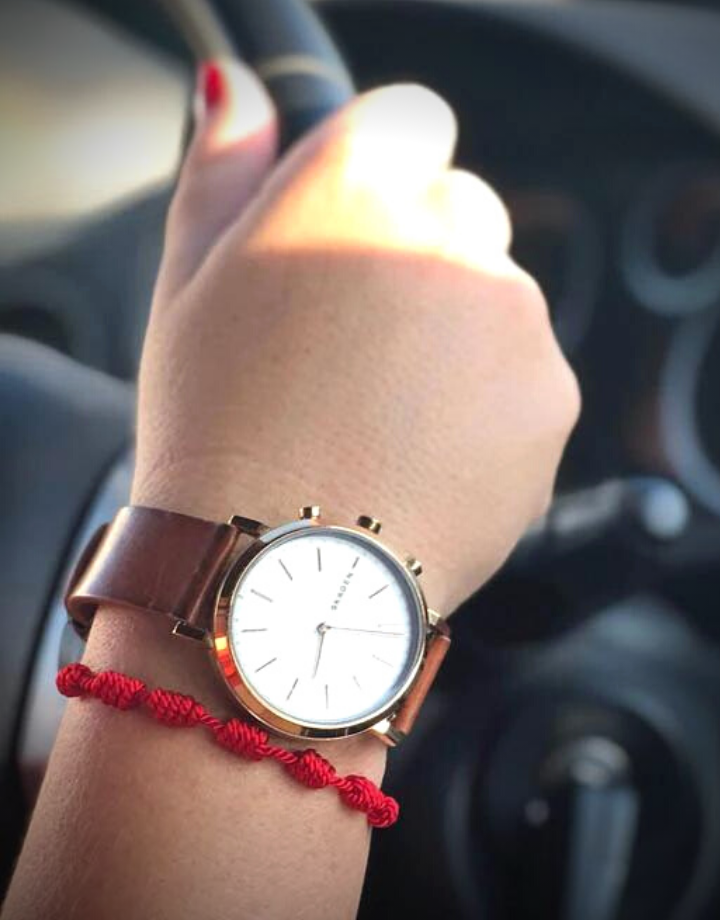 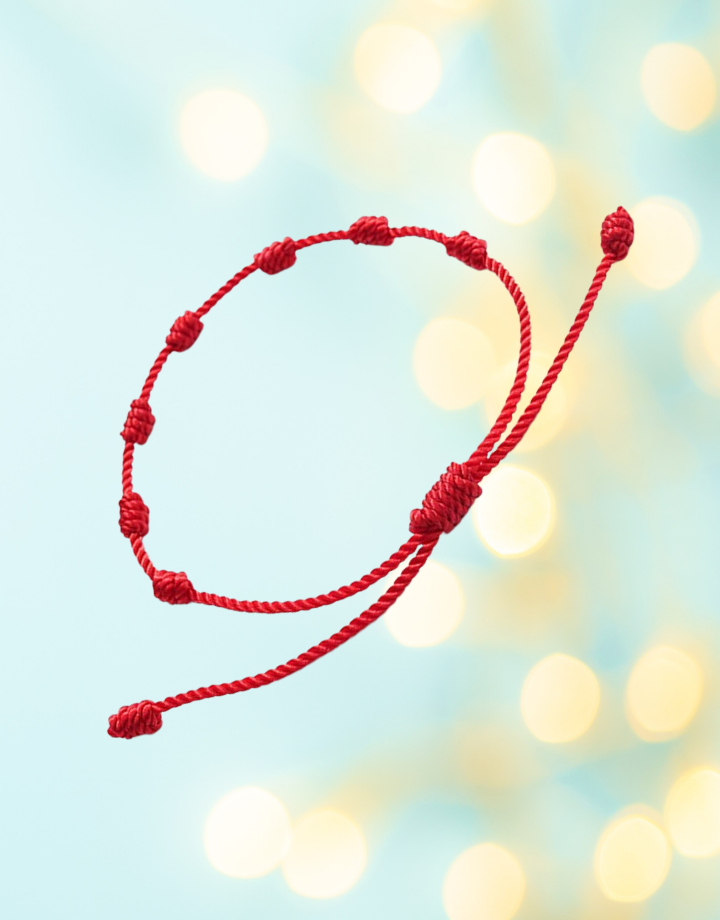 A red or crimson string knotted bracelet, or Kabbalah bracelet is worn as a talisman to ward off misfortune brought about by the evil eye or negativity.

A red or crimson string, adjustable,  knotted bracelet, or Kabbalah bracelet is worn as a talisman to ward off misfortune brought about by the evil eye or negativity.

The meaning of the 7 Knots- The 7-knot bracelet is considered a powerful amulet for protection against bad energies, evil eye. Red is the symbol of life and flowing in the veins human blood. The red thread worn to protect from negative energy and as an amulet for health, luck and love.

A Jewish folk custom is wearing a red 7 knot bracelet as a way to ward off misfortune brought about by the "evil eye" (Hebrew: עין הרע). The tradition is popularly thought to be associated with Kabbalah and religious forms of Judaism.

The red string itself is usually made from thin scarlet wool thread. It is worn as a bracelet or band on the left wrist of the wearer (understood in some Kabbalistic theory as the receiving side of the spiritual body), knotted seven times. The person has to knot it 7 times while saying the kabbalah bracelet prayer. 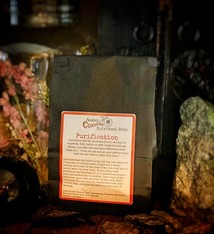 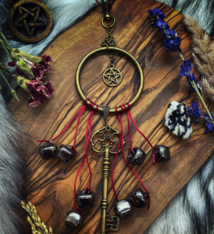 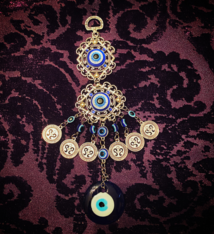 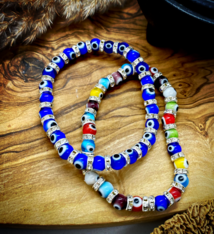 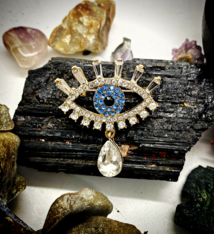 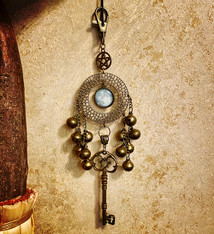